CD RELEASE SHOW AT THE SEAHORSE 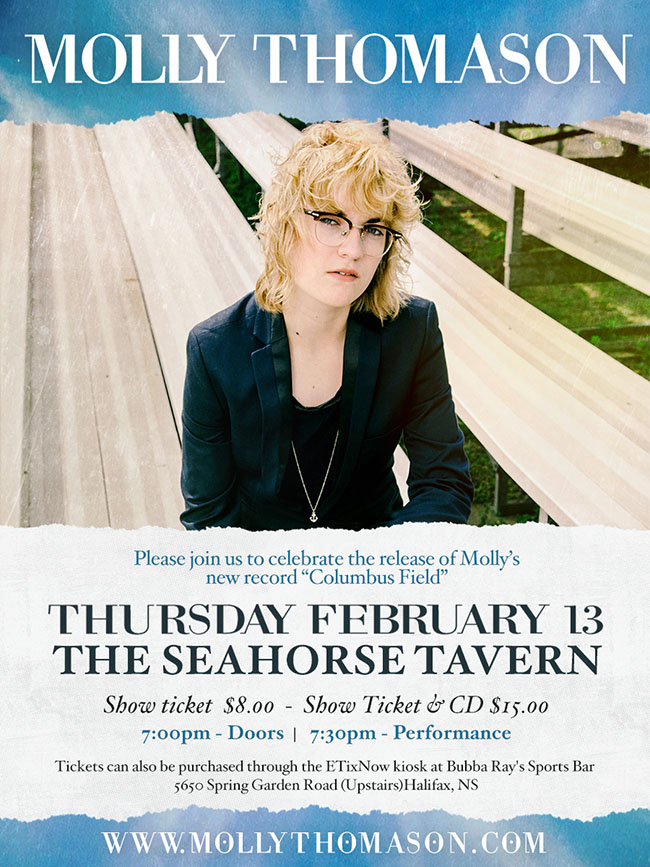 This 19-year-old has an astounding number of accomplishments already under her belt. She’s received multiple nominations for Music Nova Scotia and East Coast Music awards, and has achieved finalist slots in the John Lennon Songwriting and International Song contests. She won Young Performer of the Year at the 2011 Canadian Folk Music Awards, as well as the She’s the One competition at the 2012 Ottawa Bluesfest, and the Emerging Artist Series at Summerfest.